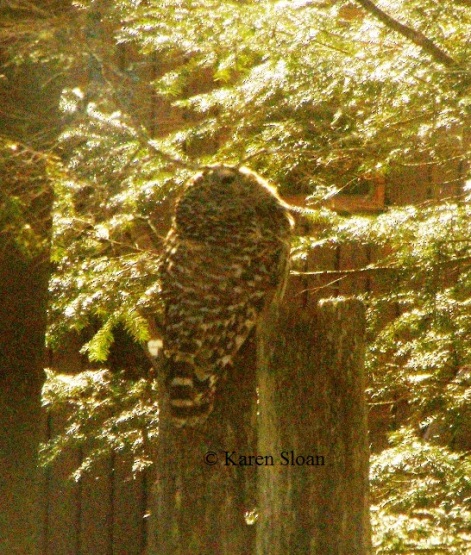 We were lucky to see this magnificent Barred Owl, yesterday.

It was sitting on the fence, keeping a keen eye on several Ravens, Crows, and Blue Jays who began to gather in the tree above. They were all squawking furiously at him!🦉

Apparently, Corvids don’t like Owls very much, and after witnessing this, I imagine the feeling is mutual.

It’s lucky for me they don’t like one another!

If they weren’t squawking at the owl, I wouldn’t have known it was there. 🙂 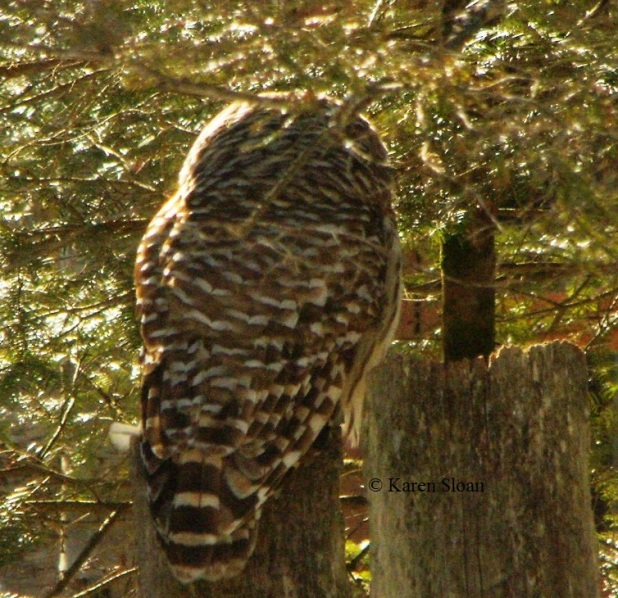 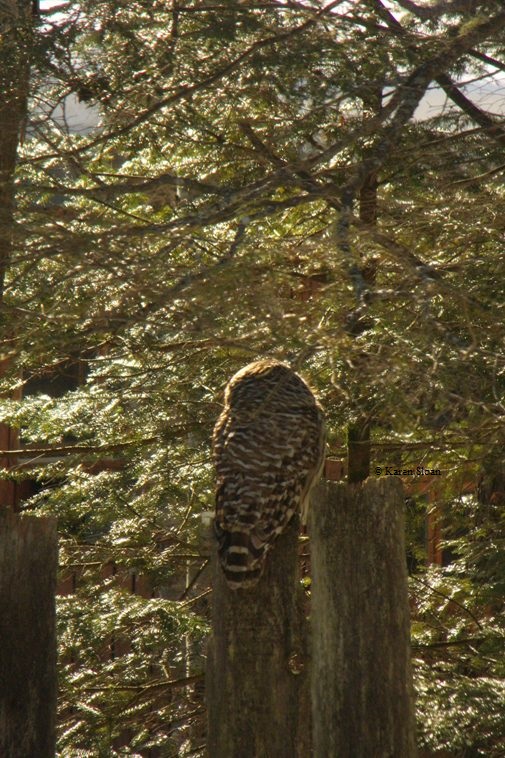 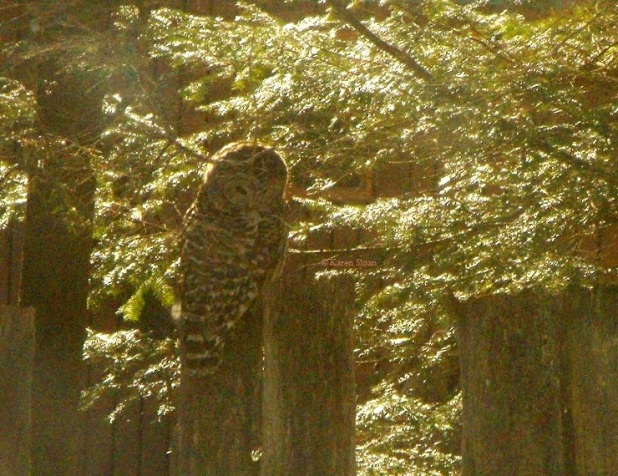