A few weeks ago I accepted a friend request on Facebook from a person I haven’t seen in over 30 years. I hesitated in doing so wondering, do I really want to go there? However, I did notice he’d become ‘friends’ with a few people I know and like, so against my better judgement I thought why not? I accepted.

My hesitation really got me thinking. Why did I hesitate?

One conclusion I came to may have to do with my age and the pre-Facebook world in which I grew up. Back then it was normal for a lot of people to melt away out of one’s life. Once one left school, pursued careers, got married, moved away, or whatever, some people were never to be heard from again, and quite frankly in some cases, is that such a bad thing?

However, in today’s social media world it’s a different story. We share photos of our trips, meals, kids, cars, cute animal photos, (gardens mostly in my case), with people, some of which if we were to be completely honest, we wouldn’t cross the street for to say hello.

I think many of us, especially bloggers and writers do have something to say because we honestly want to share our art or knowledge in the hope that it may be of some benefit to others. But is that what we do on Facebook? Is it something else?

There is an insidious side to social media.  It isn’t written about nearly enough, especially given the fact that it plays such an important part in people’s lives. When you think about it, social media could be a character in a book.

To further that, I’d be willing to bet (without proof I admit, but with some knowledge of human nature, as I’ve always been keen on what makes people tick) that the majority of people on social media, Facebook in particular, are ‘friends’ with people who they do not actually consider a real friend for whatever reason, be they a boss, a colleague, an in-law, some toxic person from their past, or whatever the case may be.

Now sharing one’s life in pictures and posts seems innocuous enough, and it’s great to keep in touch with family or anyone considered a real friend who lives far away.

I can happily state that I’ve made real friends here in cyber space, mainly through blogging, with several people. Without the internet age I’d never have met them.

But there are also those people who are called ‘frenemies’. They’ll never ‘like’ your post or pictures and are only ‘friends’ out of curiousity, or to keep an eye on what you’re doing, or they may need your help with something down the road. I can spot them a mile away and put as much effort in to avoiding them as I do Covid.

But that aside, social media and blogging too, has also become a marvellous way to learn about and witness the good in our society, but it’s opened our eyes especially to the under-belly, that hasn’t been exposed much up until the last 10 years. We’re much more informed about the many atrocities happening out there, that lets face it, information priveliged, white-owned, mainstream media doesn’t normally divulge. With that in mind, my post and point of being back in contact with a guy we may have went out on a date with once long ago in our teens seems trivial, but it’s not.

I mean, Facebook, if you enjoy the absurdities in life like I do, has turned into one never-ending home movie. A lot of people offer all kinds of selfies, which when you think about it, is an absurd, sad grab for attention. It’s the narcissistic elephant in the room.

Is anyone really interested in seeing how cute someone’s pet rat is? One that belongs to a person you don’t really even know. Is it going to lessen one’s life if we don’t know about his/her pets? 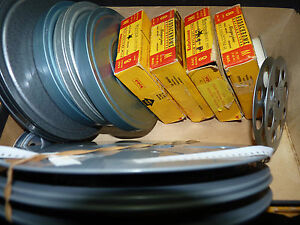 And thinking back I have to ask. Did anyone really want to go to someone’s house for dinner (back in the 70’s) knowing the evening would be capped off by watching home movies where someone’s Aunt Mabel is on a trip in the 1950s visiting piles of stones with historic plaques on them? I doubt it.

I’m Gen X, according to people who create these labels, and back then, and even before my time it was the thing to do.

I remember several adults joking about home movies and how they’d make up any excuse not to have to attend one of these evenings. I’m talking about reel-to-reel days, when home movies were a real cliché in society, and people like my parents actually lived it and made fun of it.

But in this age things are a little different when you consider the fact that many are addicted to social media and to getting  some attention. Maybe in part because perhaps we’re a little afraid we’re being left out. And why is that?

Is Facebook now the lens through which any acquaintance from long ago can view us, or we them, decades later, so our egos can feel good about where we’ve ended up?

Not in all cases of course, but it does mean those people who we would have normally have lost touch with in ‘real life’ can now witness how wonderful our lives are, and without them being a part of it. Not everyone is like that I know, but we all know some people who are exactly of that mindset.

There are people who really over-share their life online. Maybe I’m old fashioned, but I see a lot of this online and it’s called ‘too much information’.

Has Facebook, and Twitter too, also ironically created this selfish society, full of raging people hiding behind keyboards writing viscous things to someone they don’t even know, and who wouldn’t have the courage to say such things to face-to face?

Further to that, isn’t that a big part of the problem in todays world, this look-at-me selfie society in combination with a lack knowing how to think instead of being told what to think?

I do feel in some ways social media has created some of those monsters in society, (for example, the people who attacked the Capitol building in Washington), in addition to it becoming a mirror that at the same time reflects them? That’s some serious irony.

Now, I’m speaking from the perspective of a happily married middle-aged woman. Maybe I sound a little smug to some, and truly don’t mean to, but I have no pretence about myself at this age. I’ve got grey hair, things aren’t that firm any longer. Oh well! I’ve done/seen things, and have known people in life that have lead me to believe that at this point in the game, I’ve nothing left to prove to anyone except myself.

I’m awfully grateful for these life-lessons, both good and bad. I’m grateful to have less ignorance now, with some credit given to social media, on just how many people in society are suffering, and for so many unjust reasons. A post for another time, and I digress.

All of the above thoughts take me back to that person who requested we be ‘friends’ on Facebook, a few weeks ago. It turns out my original hesitation to accept his invitation was correct. Always go with your gut feeling!

I can’t say if he thought I’ve been waiting around for him to get in touch for the last three decades, but whatever the case may be, he very quickly started sending me messages with innuendos, along with what I’m going to call ‘bathroom selfies’.

Bathroom selfies are the kind one takes, (I suppose), in front of the bathroom mirror with one’s cell phone, (which incidentally is something I don’t own), and it’s one of these photos that he chose to send me via Facebook Messenger.

In addition to the photo, he wanted me to comment on how good his body still looks! I know some of you are experiencing an eye-roll right now. 😉

Essentially, he was trolling for compliments. What an ego! I find it so absurd and ridiculous on so many levels, especially considering my age, with the added fact that he’s older than me.  I truly believed that part of life, and men like this, were purely in the past. In any case, it’s good he couldn’t hear me laugh out loud which is what I did after being astounded that this kind of person actually exists. Talk about cliches!

I should have unfriended him right then and there, but decided to play nice.

I wrote back, not really believing I could appeal to his better nature but willing to see what would happen if I tried. It turns out this guy hasn’t changed after all these years because he doesn’t have a better nature. Same old same old.

Suffice to say I replied to his silly message stating that I was happily married, and not sure why he sent this, thanks but no thanks, and please don’t send me anymore photos.

As you can imagine, that didn’t go over well. He wrote back telling me to get over myself. That I was too high-and-mighty! Who the hell did I think I was?  I couldn’t take a joke, yadda yadda yadda. Then he unceremoniously unfriended me, which actually saved me the trouble! 🙂 Pure victim-blaming from a guy who didn’t get the reaction he wanted. If I don’t want to view him, there must be something wrong with me, right?

Not exactly a #Me-too moment, (which like many women, I have actually experienced), but certainly this guy is toxic all the same, one who by the way, now looks like a bit like Charles Manson…. Scrawny, shaved head, and with a personality to match, or lack-there-of, one that hasn’t matured a bit since the 1980s. (Meow is what my Mother would say to that, ha ha).

I did however show the photo to my husband. Yes we had a good laugh!!

We laughed at that guy’s expense and I don’t feel one bit of remorse, even tho’ I’m actually a nice person. But I’m not on this earth to appease some guy from the past’s a fragile sense of self. Sorry, not sorry. And like I said, it’s these absurdities in life where I find the most humour.

I have emails, snail-mail addresses, and phone numbers of people who I know really care about me, and who I want to stay in touch with. It’s been a week now, and in addition to making fun of this fellow on Facebook, I’ve come to understand just how true it really is that everyone is a teacher.

I learned finally, (having been on the fence about Facebook for some time), that it’s not something I need in my life to make it better. In fact I’d say it’s just the opposite. So I offer my thanks to that guy for showing me this once and for all.

I also hope at the very least, that if anyone out there is hesitating whether or not to accept some ‘friend’ request from someone like that; listen to your inner voice or gut feeling. That toxic person may very well feel just as entitled to over-share if given the opportunity.

8 thoughts on “Musings on human nature and life before Facebook”

Thank you for reaching out! Cancel reply

This site uses Akismet to reduce spam. Learn how your comment data is processed.